“Carl!” is a quote often shouted by the character Rick Grimes when addressing his son Carl in the horror drama television series The Walking Dead, which is often mocked online for the frequency with which it occurs on the show and for Grimes’ variable pronunciation of his son’s name.

The show’s protagonist Rick Grimes and his son Carl were introduced in Season 1 Episode 1 of The Walking Dead titled “Days Gone Bye,” which originally aired on October 31st, 2010. Grimes is a former police officer who awakens to find himself in the middle of a zombie apocalypse and begins traveling with his son after rescuing him in Atlanta, Georgia. Grimes is frequently shown yelling “Carl” when attempting to get his son’s attention. 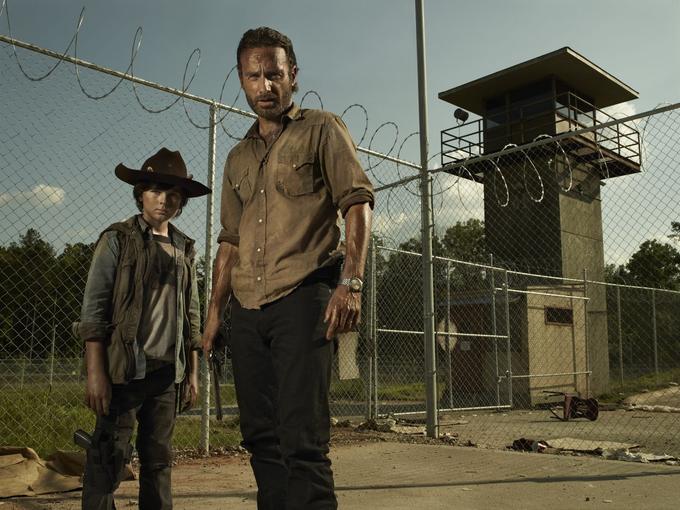 On November 14th, 2012, YouTuber MichiganSt35 uploaded a clip from The Walking Dead of Rick Grimes bawling after his wife dies titled “Rick finds out Carl is gay” (shown below). 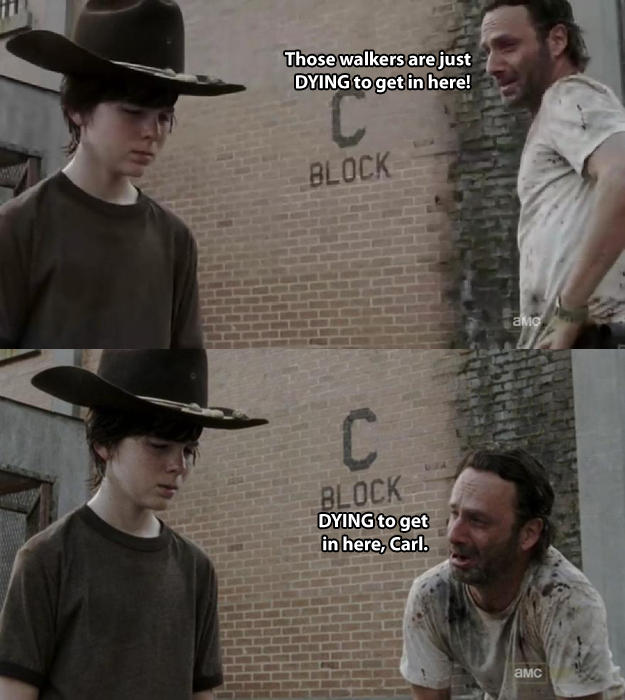 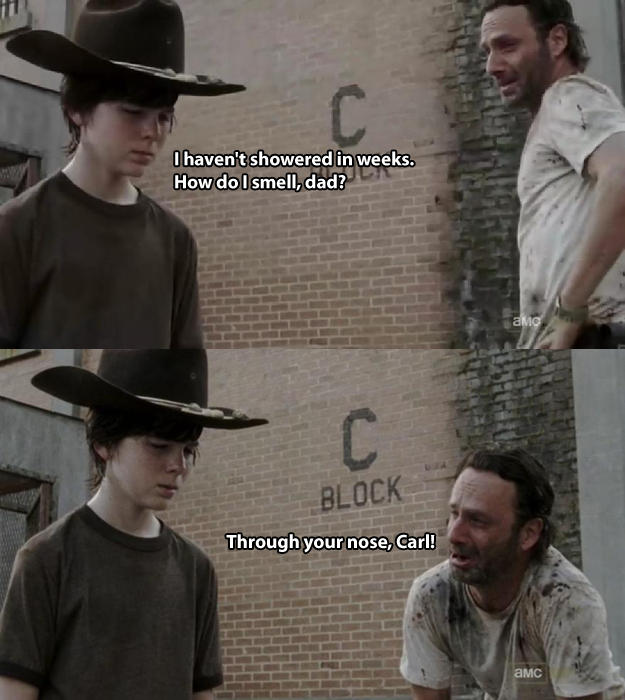 On January 26th, 2014, YouTuber Infinitify uploaded a supercut of Rick Grimes saying his son’s name in the first four seasons of the show (shown below).

Many Internet users have mocked the many instances Grimes has pronounced the name “Carl” as “Coral.” On April 15th, 2014, the pop culture blog Wet Paint[3] published an article on The Walking Dead, which listed “Coral!” as a glossary term for when Grimes yells his sons name repeatedly. On May 3rd, Tumblr[1] user carlsburnbook posted a photoshopped promotional image for the 2003 animated film Finding Nemo Rick and Carl Grimes superimposed in the frame and the title “Finding Coral” (shown below). 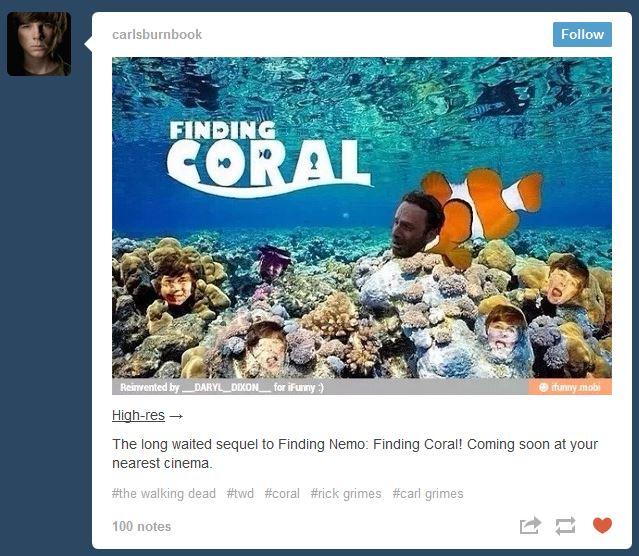